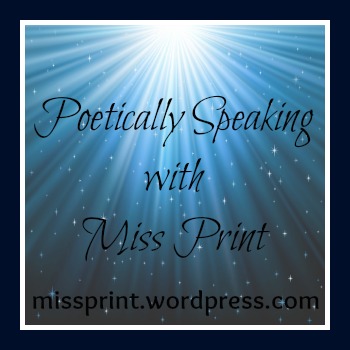 Jessica Spotswood grew up in a tiny, one-stoplight town in Pennsylvania, where she could be found swimming, playing clarinet, memorizing lines for the school play, or—most often—with her nose in a book. She now lives in Washington, DC where she can be found working as a children’s library associate for the DC Public Library, seeing theatre with her playwright husband, or—most often—with her nose in a book. Some things never change.

Jessica is the author of the critically acclaimed Cahill Witch Chronicles and the editor of A Tyranny of Petticoats, an anthology of feminist historical fiction short stories.

Today Jessica is here to talk about Wild Swans and the poet Edna St. Vincent Millay.

(And thanks to Jessica I’m also hosting a giveaway for a finished copy of Wild Swans! Click for details and see the end of this post for more info on the giveaway.)

—
WILD SWANS has changed a lot from its original conception – perhaps the most of any of my books – but the poetry of Edna St. Vincent Millay has always played a role.

Back in the fall of 2013, I’d just read April Tucholke’s brilliant BETWEEN THE DEVIL & THE DEEP BLUE SEA. I loved the creepy-gorgeous atmosphere of it and admired how the Citizen Kane, the family’s crumbling old mansion by the sea, functions almost as another character. I’ve always loved setting-heavy books, and I was in a strange place with my career, where I’d just finished my historical fantasy trilogy and wanted to write something completely different. So, I set out to write a sort of Gothic-flavored contemporary mystery. I decided that the house in my new book would be a big white farmhouse on the Eastern Shore of Maryland, right on the Chesapeake Bay.

And in the book’s early incarnation, the house was haunted. Not – as it is now – figuratively, by the weight of being a Milbourn girl. (Everyone in their small town knows what it is to be a Milbourn girl: Talented. Troubled. Cursed.) Originally, there was a ghost of a woman – a famous novelist – named Dorothea whom Ivy’s granddad had built his career studying. She’d written one Great American Novel, which had been made into a famous, award-winning film, and then – like Harper Lee – become a recluse. Only, over the course of the summer, as Ivy worked with her granddad’s cute student to archive Dorothea’s journals, they discovered a series of clues that perhaps Dorothea hadn’t written the novel after all. Perhaps she’d stolen it. Perhaps she’d murdered someone to keep that secret. And perhaps her ghost was willing to murder again to make sure it stayed secret. One of the clues that Ivy and Connor would stumble upon was the Millay poem “Dirge without Music.”

But…the thing is, I don’t actually know how to write a mystery. I am constantly surprised by TV whodunnits. I do not have a suspicious, logical, clue-parsing mind. The book, in that incarnation, was clearly not working.

An editor who read the beginning suggested that perhaps I could take the ghost and the mystery out and still have a summery, character-driven, romantic YA. It was a little more complicated than that. But Dorothea became Ivy’s grandmother, who was selfish and talented and troubled, but not murderous. And now the plot revolves around a family legacy of both artistic talent and mental illness. Ivy and Connor still work together to archive Dorothea’s journals, but now Dorothea’s a famous poet.

And Connor is a poet, too, who has tattoos of snippets of poems he loves. One of those poems – one that means so much to him that it’s tattooed right over his heart – is “A Dirge Without Music.” (I’ll let you read the book to find out why.) In early days, that was the epigraph for the book, but – well, it is not in the public domain.

My editor, searching for a title, read some Millay and came across “Wild Swans.” She suggested that as the title. And when I read it, it felt appropriate:

I looked in my heart while the wild swans went over.
And what did I see I had not seen before?
Only a question less or a question more;
Nothing to match the flight of wild birds flying.
Tiresome heart, forever living and dying,
House without air, I leave you and lock your door.
Wild swans, come over the town, come over
The town again, trailing your legs and crying!

To me, this speaks to the yearning that the Milbourn women feel. Ivy, like her mother and grandmother and great-great-grandmother, is ambitious and ambivalent about small-town life. She clings to the comfort of it even as she finds it suffocating. “House without air, I leave you and lock your door” – this line particularly resonated with me; it nails how I think Ivy’s mother feels about the house and the town and how desperate she is to escape, no matter who she hurts in the process.

I’m so happy that this poem is in the public domain, so I can share it here and as the book’s epigraph!
—

Thank you again to Jessica for this wonderful post. Remember to stop by Rafflecopter to enter the giveaway to win a finished copy of Wild Swans. Giveaway will run from today through May 3. US only. Winner will be notified on May 4 via email. If I don’t hear from them by May 5 I will pick a new winner. You can enter the giveaway here: http://www.rafflecopter.com/rafl/display/ccfb7e5a23

If you’d like to learn more about Jessica and her books, be sure to visit her website: http://jessicaspotswood.com

You can also read my review of Born Wicked here on the blog.