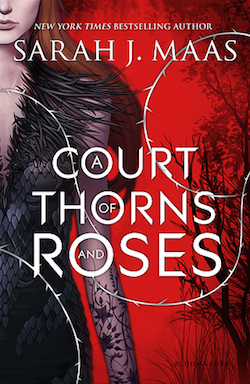 I’m not going to bother with a summary here because Sarah J. Maas has already taken the world by storm with her bestselling Throne of Glass series. A Court of Thorns and Roses is the start to a new and highly anticipated series by Maas that blends elements of Tam Lin with Beauty and the Beast in this retelling.

There are two things you should know about me before I get into this review. The first is that I am not a fan of the Throne of Glass series. I read the first book and thought it was okay. Not great and not a series I needed to continue reading. I have much respect and love for Maas as I do for any other who gets people excited about reading but that series just isn’t my bag. When I heard Maas had a new series starting set in a different world, my interest was piqued and I decided I did want to check it out to see if it was more up my alley. (I have since concluded that Maas’ writing style just might not appeal to me personally which does happen.)

What I did not realize when I started reading A Court of Thorns and Roses is that it was also Maas’ new New Adult (NA) series. There are several definitions floating around for what NA means and what NA books look like. In my (limited) research, I’ve concluded that NA books are generally romance novels featuring twenty-something-ish characters. While that is a simplified explanation, it is one that I have found to be largely accurate. I don’t enjoy reading romance novels and as a result have tended to also avoid NA titles. Unfortunately I did not see the marketing keywords marking A Court of Thorns and Roses as NA until after I had read it.

Keeping in mind that A Court of Thorns and Roses is NA, it’s worth noting that some of my issues might stem from the genre rather than the book itself. Often, in my reading, romance novels have relationships predicated on unequal power dynamics. Often, in my reading, romance novels have uneven plots as the story is working harder to fit in romance elements over other aspects of story/plot.

END_OF_DOCUMENT_TOKEN_TO_BE_REPLACED 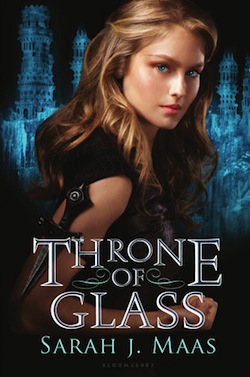 After a year of hard labor in the salt mines of Endovier, assassin Celaena Sardothien knows better than to expect glad tidings when she is summoned at sword-point.

Much to her surprise, the Crown Prince Dorian has come to offer a deal: her freedom in exchange for acting as Dorian’s champion in a competition to find a new assassin for his father, the king.

Celaena has no love for the king and no desire to work for him. But freedom is a tantalizing thing after a year in Endovier and one competition is a small thing to come between Celaena and her freedom.

While her rivals in the competition are as unimpressive as she expected, court life is duller than she could have imagined. The boring castle particularly chafes when she is kept under lock and key by the Captain of the Guard, Chaol Westfall, who acts as her trainer when he is not watching her like a hawk. (As if he could stop her escape if she really set her mind to it!)

Then again, Celaena could still be working in the salt mines.

Just as the assassin is beginning to appreciate how easy her new life can become, one of the other contestants turns up dead. And then another. Are the murders to do with the competition? Or is something darker at work somehow tied to the disappearance of magic from the kingdom? If Celaena wants to make it to the end of the competition with her freedom and her life she’ll have to do more than win–she’ll have to find a murderer in Throne of Glass (2012) by Sarah J. Maas.

Throne of Glass is Maas’ first book. It is accompanied by a slew of e-book prequel/companions and was work-shopped years before publication online at the FictionPress community.

I came to Throne of Glass after a few disappointing reads that had left me wondering if I’d ever see a believable strong heroine again. While this book has other flaws, lack of a strong female character is definitely not one of them. Even when she is being obnoxious and brash Celaena is a capable, entertaining heroine (albeit one with a somewhat unlikely skill set at the tender age of eighteen).

Overall Throne of Glass is a decent if unexceptional read. Maas creates an interesting world that mostly makes sense. Time will tell if holes in the landscape come from lack of world building or lack of proper explanation in favor of plot suspense.

The story is on similarly uneasy footing: the story begins presenting Celaena, the competition, and her training with some back story mysteries from Celaena’s past thrown in to taste. About a third of the way in, we get the strange addition of a murder mystery, a magical secret, and an unsatisfying love triangle.

I am never partial to books that change the story direction midway through, but it was a minor point since Celaena was so very likable. I could even overlook the painfully forced romantic scenes with Dorian and Celaena because it was so very obvious that Chaol was the superior male lead.

Then the mystery got thrown in.

Aside from being heavy handed right from the beginning, the mystery angle of the story was poorly handled. Celaena missed obvious clues. She jumped to conclusions. Worse, Celaena doubted not only the only character who had ever been unconditionally kind to her but also the singular minority* character in the story. Thus, in order to move the plot forward readers were presented with this clumsy change in Celaena’s personality.

Throne of Glass sits somewhere between high fantasy and more action driven stories. The premise is clever and Maas’ writing is lively. Readers who can look past everything to do with the sloppy mystery sub-plot will be rewarded with an enjoyable heroine in a somewhat disjointed but generally exciting narrative.

*Minority is a funny thing in a fantasy. Here what I mean is that Celaena and the kingdom where the story is set are predominantly white from what readers see. The “minority” character I mention is from a foreign kingdom and is described as having brown skin.

Possible Pairings: Children of Blood and Bone by Tomi Adeyemi, Roar by Cora Carmack, The Girl of Fire and Thorns by Rae Carson, Fire by Kristin Cashore, The Selection by Kiera Cass, Truthwitch by Susan Dennard, All the Stars and Teeth by Adalyn Grace, Grave Mercy by Robin LaFevers, Sabriel by Garth Nix, Snow Like Ashes by Sara Raasch, Daughter of Smoke and Bone by Laini Taylor, Bring Me Their Hearts by Sara Wolf 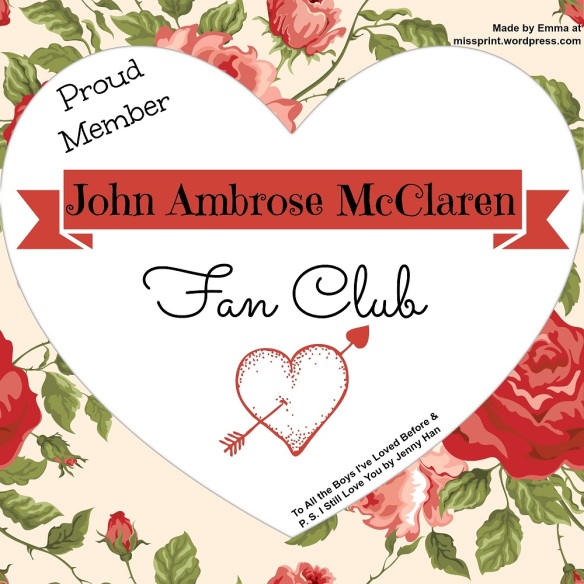 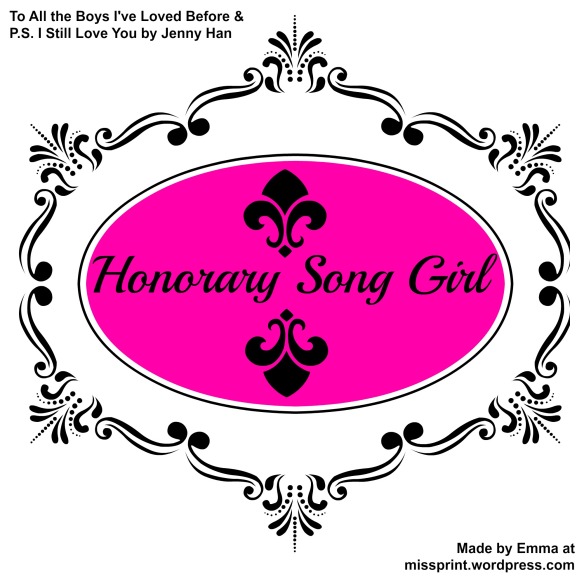