“Speak for the ones who will come after you, looking to you for guidance. Stay true, daughter. One day you will see it all go up in flames.” 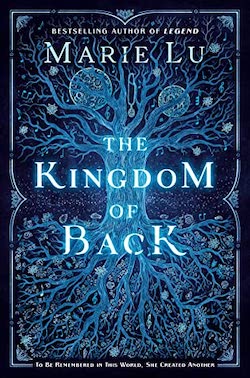 This is a story you already know. But listen carefully, because within it is one you have never heard before:

Nannerl Mozart has one wish that she guards close, no matter how hopeless it might be; she wants to be remembered forever.

A talented musician and performer, Nannerl entrances audiences with her playing which is masterful for one so young. But the older Nannerl becomes, the less brilliant her prowess. Especially compared to her younger brother Wolfgang who has already begun to overshadow Nannerl’s achievements with his own musicality and compositions.

Watching her younger brother, it is increasingly clear that it will be Wolfgang who receives the bulk of their strict father’s praise. It will be Wolfgang living the life Nannerl desperately wants. No amount of talent is enough to allow a young girl in eighteenth-century Austria to compose her own music. Not publicly.

Working in secret by day Nannerl begins creating her own compositions beside her brother. At night she waits for a mysterious visitor from a kingdom that should be little more than a bedtime story she shares with Wolfgang. The stranger has untold powers, and he knows Nannerl’s secret wish. But wishes have a price and the cost of securing her legacy might be greater than Nannerl can bear in The Kingdom of Back (2020) by Marie Lu.

The Kingdom of a Back is a standalone novel that blends evocative historical fiction with fantasy elements. As Lu explains in her author’s note, this book was inspired by the real Mozart siblings as well as the eponymous imaginary world they created together as children.

In a departure from her earlier novels, Lu stays close to historical events centering the story in Austria and the Mozart family’s tour through Europe while fantasy elements set in the Kingdom of Back take a secondary role.

Nannerl’s first person narration is introspective and thoughtful as she tries to balance her fierce affection for her brother with her growing frustrations that, merely because of her gender, she will never be able to claim the same praise and recognition that is lavished on Wolfgang. Although jealousy is certainly a factor in Nannerl’s choices throughout the novel, The Kingdom of Back is grounded firmly in the love and friendship between the siblings.

The Kingdom of Back is a meditative story about ambition and achievement, as well as the chasm that can develop between the two. While real life events lend a melancholy tone to this story, it also makes the novel all the more powerful as a rallying cry and a hopeful reminder that there is always room to strive for more. Highly recommended.