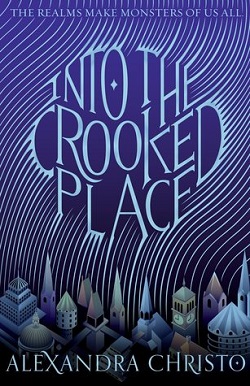 When it comes to magic, all that really matters is timing. If you have that right, you can perform wondrous feats or the slickest con and it won’t matter because people will still line up to buy whatever it is you’re selling.

Tavia has made a name for herself as a busker in Creije selling low level dark magic and performing high level cons. After years of staying very close to the line and watching her friend Wesley cross right over it, Tavia wants to leave Creije before she is forced to do something she can’t take back.

Wesley will do whatever it takes to bring order to the chaotic streets of Creije even if he has to fashion himself into a gangster no one wants to look at closely enough to recognize his past as a boy desperate to move beyond a lean life on the streets.

Tavia is content marking time before she can wash her hands of Creije for good until one of her cons goes terribly wrong. Instead of duping a rich mark with fake magic, Tavia’s friend takes some very dark and very lethal magic.

With new magic circulating through Creije for the first time in decades everyone is on edge. As enemies circle and alliances are tested, Tavia and Wesley might be the only ones who can stop the conflict they’ve set in motion. That is, if they can bear to trust each other in Into the Crooked Place (2019) by Alexandra Christo.

Into the Crooked Place is Christo’s sophomore novel and the start of her new gangster fantasy duology.

The story plays out against an atmospheric, noir inspired world filled with political corruption and dark horse protagonists including Wesley and Tavia as well as the novel’s other principal characters Saxony and Karam. Potentially rich world building is diminished by breakneck pacing and action that leaves little room for explanation.

Elements of suspense and adventure come together as Tavia and Wesley approach the mystery of the new magic from opposite sides to try and make sense of this  development that could potentially destroy Creije. Alternating viewpoints and shifting story lines clutter more than they clarify with extraneous details.

Into the Crooked Place is an engrossing if sometimes superficial fantasy. Recommended for readers who can prioritize sleek one liners over a sleek plot.