“Unexpected things happen,” I said into the microphone. “But it’s how we react to them, how we learn and evolve from these things that shapes us into who we are.” 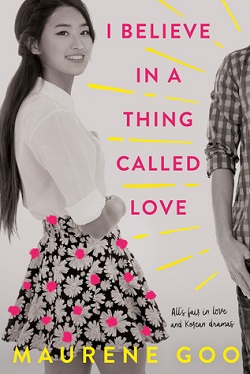 Desi Lee is known for a lot of things. Like being Student Government President and getting straight As and being solidly on track with her plan to go to Stanford. That’s not even counting her knowledge of engines thanks to her car mechanic dad or her large and varied list of extracurriculars (Arbor Day Society anyone?).

There’s one other thing Desi is known for, at least with her best friends Fiona Mendoza and Wes Mansour. Desi has never had a boyfriend. In fact, thanks to her spectacularly disastrous attempts at flirting (Flailures. Get it?) she’s never even come close.

When Luka Drakos (AKA the hottest guy she has seen in her entire life) breezes into Desi’s high school she knows she’s a goner. But she’s also motivated. And, thanks to the Korean Dramas her father loves, Desi has a plan.

All she needs to do is follow her “K Drama Rules for True Love” to convince artsy Luka that they’re perfect for each other. Desi’s path to true love is filled with disasters (both manufactured and otherwise) and the kind of charming mayhem that might be impossible to resist in I Believe in a Thing Called Love (2017) by Maurene Goo.

I Believe in a Thing Called Love is Goo’s sophomore novel.

Desi narrates this standalone contemporary in her singular voice. Inspired by actual K Dramas (featured in a list at the end of the novel) Desi’s story takes on the structure of her “K Drama Rules for True Love” with each chapter following one step as she tries to use them to win Luka over.

Desi dreams of becoming a doctor. She is athletic, driven, and she doesn’t have an artsy bone in her body–something that becomes all too clear as she tries to bond with Luka over his art. Luka, meanwhile, is a sensational artist without much interest in school or sports. While the pairing seems unlikely at first, these two complement each other well throughout I Believe in a Thing Called Love while effortlessly flipping some traditional gender roles seen in romantic comedies.

Desi’s story is an unapologetic love story–just like the K Dramas she comes to love. But this isn’t just a story about a girl pursuing the boy of her dreams. It’s also the story of a girl trying to do the absolute best she can for a father she adores and the story of that father adjusting to life in a new country–especially after his wife’s sudden death. It’s a story about dreaming and also realizing that sometimes dreams change. And that’s okay.

I Believe in a Thing Called Love is filled with madcap adventures, romance, and an abiding admiration and respect for all of the forms love can take. Don’t miss this striking story. Highly recommended.

Possible Pairings: Bookishly Ever After by Isabel Bandeira, Happily Ever Afters by Elise Bryant, Tell Me Three Things by Julie Buxbaum, 29 Dates by Melissa de la Cruz, 10 Blind Dates by Ashley Elston, To All the Boys I’ve Loved Before by Jenny Han, When Dimple Met Rishi by Sandhya Menon, Simone Breaks All the Rules by Debbie Rigaud, By the Book by Amanda Sellet, My So-Called Bollywood Life by Nisha Sharma, Windfall by Jennifer E. Smith, Girl Against the Universe by Paula Stokes, Lucky in Love by Kasie West, The Sun is Also a Star by Nicola Yoon