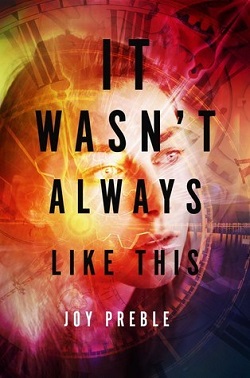 Thanks to a mysterious tea, Emma O’Neill and her family stopped aging. Charlie Ryan and his parents suffered the same fate. By 1916, Emma has been seventeen for two whole years.

When an organization called the Church of Light notices, both families are targeted. Emma and Charlie survive the massacre but they aren’t sure they can ever really be safe. Separated during their escape, they are still bound together by their love for each other even as circumstances conspire to keep them from finding each other.

Over the last hundred years Emma’s gotten good at hiding and at noticing patterns. It takes someone with her uniquely long perspective to realize a decades long series of murders have something in common: every victim bears a striking resemblance to Emma.

The murders are coming closer together now–closer than they have in a very long time. Which can only mean Emma’s enemies are getting closer too. As Emma hunts the murderer she begins to hope, for the first time in a long while, that solving this case might also help her find Charlie again in It Wasn’t Always Like This (2016) by Joy Preble.

It Wasn’t Always Like This has been likened to Tuck Everlasting meets Veronica Mars. It turns out that this comparison is wonderfully accurate.

Preble uses sparse prose for Emma’s no-nonsense narration. Third person narratives from other characters are interspersed throughout for necessary exposition.

It Wasn’t Always Like This offers a fascinating perspective with its immortal teenager heroine. Emma is as jaded as the best hard-boiled detectives and possibly even more world-weary. But she is also still seventeen. She is still rash and impetuous. Sometimes she’s still dangerously optimistic in spite of everything she has seen. Throughout the novel Emma keeps wondering if she can ever really learn from her mistakes and grow when it is physically impossible for her to grow up or mature.

A high stakes mystery and lots of action make this a page-turner even while the characters hearken to a more thoughtful tome. It Wasn’t Always Like This is a refreshingly original mystery with a little something for everyone. Highly recommended.

Possible Pairings: Tuck Everlasting by Natalie Babbit, Enchanted Ivy by Sarah Beth Durst, The Accident Season by Moïra Fowley-Doyle, The Name of the Star by Maureen Johnson, Dreamology by Lucy Keating, Everything All at Once by Katrina Leno, The Devil and Winnie Flynn by Micol Ostow and David Ostow, Lock & Mori by Heather W. Petty, Unspoken by Sarah Rees Brennan, Hold Me Like a Breath by Tiffany Schmidt, The Raven Boys by Maggie Stiefvater, Veronica Mars (TV show)