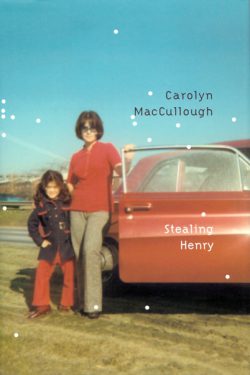 The night Savannah brains her stepfather Jack with the frying pan is the night she decides to leave home for good. It doesn’t matter that she has no money and her eight-year-old brother Henry to take care of. It doesn’t even matter that her stepfather will probably follow them. Savannah can stand a few obstacles as well as she can a slap or two. What she can’t stand is the idea of becoming like her mother Alice.

Alice used to be someone Savannah admired, someone she could look up to. But that was  another life when Alice was still looking for her own future and finding nothing she expected.

Savannah’s life wasn’t always about listening before entering a room and not making eye contact or talking back. Her childhood homes could fill a road atlas. Savannah and Alice traveled all across the country before the fateful day their car broke down and the party stopped for good.

Savannah and Henry are journeying to a house they’ve never seen. Eighteen years ago certain events conspired to drive Alice to leave that same house for good; events that would eventually determine the course of both Alice and Savannah’s lives in Stealing Henry (2005) by Carolyn MacCullough.

Stealing Henry draws readers in right from the beginning with a shocking opening line and a truly evocative cover (designed by Rodrigo Corral–the mastermind behind the US covers for the Uglies series). Nothing about Savannah’s life is easy and it’s simple to assume reading about her won’t be either. But the opposite is true. MacCullough’s lyrical prose pulls readers in, quickly making Savannah and her unreal life completely believable.

Even passing scenes of the local emergency room, Alice’s current place of employ, are skillfully written with a high degree of authenticity. Everything about this story is evocative and compelling.

I read Stealing Henry shortly after the van incident and a generally not peaceful time in my own life. Reading about Savannah and her own journey was somehow entirely appropriate for that situation and often comforting. Much like MacCullough’s later novels, this story is always optimistic. Even at her lowest, Savannah remains hopeful; the writing itself becoming both peaceful and reassuring.

Possible Pairings: The Secret Side of Empty by Maria E. Andreu, How to (un)Cage a Girl by Francesca Lia Block, The Secret Life of Prince Charming by Deb Caletti, The Great Gatsby by F. Scott Fitzgerald, Blue Plate Special by Michelle D. Kwasney, The Piper’s Son by Melina Marchetta, The Miles Between by Mary E. Pearson, Damaged by Amy Reed, The Bride’s Farewell by Meg Rosoff, Eleanor & Park by Rainbow Rowell, The Unwritten Rule by Elizabeth Scott, Memoirs of a Teenage Amnesiac by Gabrielle Zevin, Little Voice by Sara Bareilles (music album)